What You Need to Know About Heroin Abuse

There is a lot of talk in the news and media these days about opioid addiction, and heroin has been the most commonly used illegal opioid for decades. Over the last several years the heroin supply in the United States has soared. Opioids are a class of drugs derived from the opium poppy plant, and can be divided into two broad categories: legally manufactured medications and illicit narcotics. 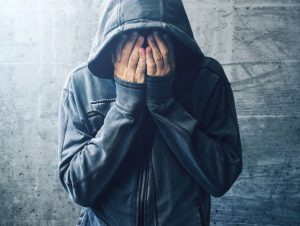 More than 900 people the US die from opioid-related overdoses each week (Source: National Institute on Drug Abuse).  Of these opioid overdoses, heroin is responsible for nearly 300 deaths per week, which is second only to deaths involved prescription drug overdose at over 325 people per week. Since nearly 80% of heroin abusers start by taking prescription pain-killers (obtained legally and illegally), arguably the combined data for heroin-related weekly deaths is over 600 people per week. If you break this down, this means, shockingly, that someone in the US dies every 11 minutes from an opioid overdose.

Why Heroin is Addictive

When someone takes heroin, it causes huge spikes in these chemicals that go far beyond what the body produces naturally. The brain craves these higher levels, and since it cannot produce them on its own, the drive to take more heroin is created. Over time, the brain becomes tolerant to the drug, requiring more and more of the drug to achieve a ‘high’ feeling.

Eventually, the user becomes addicted and cannot function without the drug. Withdrawal symptoms of heroin are highly unpleasant and uncomfortable, so the user is driven both by the desire to feel good and by the desire to avoid withdrawal. 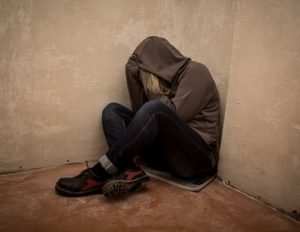 Signs and Symptoms of Heroin Abuse

A person’s size and general health can influence an individual’s reaction to heroin as can the dose a person consumes, however, the immediate and long-term effects of heroin are often apparent to the bystander.

Understanding both the long and short-term signs and symptoms of heroin use is important, in order to help someone you love who may be struggling.

Short-Term Effects of Heroin Use

The short-term effects of heroin use include:

Long-Term Effects of Heroin Use

Unlike some other substances, heroin addiction can happen quickly which makes it an especially dangerous drug. Longer-term heroin use (and this can mean a few weeks or months) causes several damaging effects to the body, including:

So how do you know if you, or someone you love, is addicted to heroin? It is very difficult to stop using heroin without proper treatment, so it’s important to know what to look for.

Some signs that heroin addiction has formed include:

Heroin Overdose Signs and What to Do

Heroin overdose can occur even if someone isn’t a habitual user. Death can occur quickly from an overdose, so if you suspect someone is overdosing on heroin, it’s vital to act quickly. The chance of surviving an overdose depends on how fast someone receives medical assistance. Multiple studies show that most deaths occur one to three hours after the victim has initially ingested or injected the drug. The time that elapses before an overdose becomes fatal presents a vital opportunity to intervene and seek medical help. 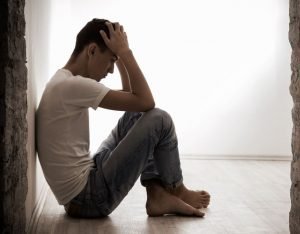 What You Can Do if Someone is Overdosing on Heroin

Most importantly, if you believe someone is overdosing on heroin (or any other drug) call 911 and seek professional medical assistance immediately.

Even while waiting for emergency services to arrive, the most effective way to halt and reverse an opioid overdose is by administering naloxone hydrochloride (also known as its brand name, Narcan™). Naloxone is a generic drug that was first approved by the US Food and Drug Administration (FDA) in 1971.

Naloxone’s only effect is to reverse respiratory failure resulting from an opioid overdose. It can be administered by intramuscular injection or by the Narcan™ nasal spray.  Anyone can purchase Narcan™ Nasal Spray directly from a pharmacist without a doctor’s prescription. It has extensive public and private insurance coverage as well. In fact, 97% of U.S. insured people have access to insurance-covered Narcan™.

If you or someone you love has an opiate addiction, carry Narcan™ on you at all times, and become familiar with how to use it properly. There are classes offered by public safety offices, schools, and other public (free) resources that can instruct you on the proper use and application of Narcan™. 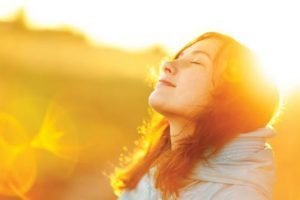 Treatment for opiate addiction typically begins with medically assisted detoxification. Professional oversight in the first 5-7 days is essential to avoid more serious conditions that are byproducts of the physical symptoms, like severe dehydration, insomnia, and pain.

A healing environment with ongoing recovery support is crucial to long-term success.

Recovery from heroin addiction is much more than simply ceasing taking the drug; there are substantial changes to the brain and body which require longer-term care and support. Without this support, the rate of relapse for heroin abuse can be 40-60% higher than with other substances.

The outlook for recovery from heroin addiction is good if you can have an honest conversation with yourself (or someone you love) about your drug use and how it is negatively impacting your life and the people you care about and find the proper course of treatment and recovery.

Educating yourself (and your loved ones) on the risks associated with heroin reduces the risk of developing a dependence. Talking to your children about the risks of heroin is essential. Kids as young as 12 or 13 can be at risk, due to the prominence of prescribed (and unprescribed) opiates that are available, which so often lead to heroin abuse and addiction. If a doctor is recommending opiates to treat an injury or illness, ask questions, and discuss alternative forms of pain management.

Heroin is widely available, and no place is immune from its influence. Towns of every economic, ethnic, and cultural background are experiencing the devastating effects of the heroin (opiate) epidemic, so it’s vital not to stick your head in the sand and think, ‘it can’t happen here’.

Many of the victims of the opiate epidemic are young. In 2014, for instance, nonmedical use of prescription opioids was highest among adults between the ages of 18 and 25, according to the National Institute on Drug Abuse.

Measures you can take to protect your loved ones include:

How Herren Wellness Can Help

We understand that recovery – from anything – is a difficult time full of a range of emotions. We work with guests to create a whole-health action management plan, allowing them to discover and explore many opportunities in recovery.

We help foster healthy habits and routines, including nutrition, fitness, sleep hygiene, creative exercises, and group activities that allow guests to reconnect with the things they love or discover new interests. 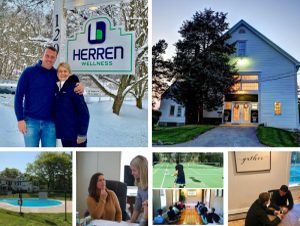 We help guests build the skills that are essential to a sustainable recovery, including mindfulness practices, self-care and self-esteem skills, maintaining healthy relationships, and digging into the root causes of what led them to become dependent. We guide guests on how to build upon the skills they already possess and help them discover their ‘why’, or what motivates them to maintain a life of wellness and recovery.