March 5th, 2019 was the one year anniversary of the opening of Herren Wellness in Seekonk, MA! We are proud of our growth and accomplishments this first year, but what better way to celebrate our anniversary than with our former guests’ own words about what their life is like in recovery.

“To witness the beautiful changes made by our guests every day, and watching how the Herren Wellness Community is continuing to grow, is an incredibly special thing to be part of.” 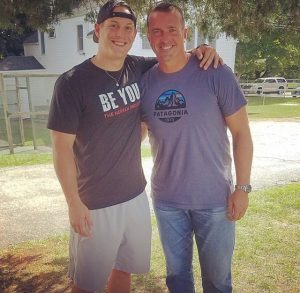 “Before coming to Herren Wellness, I was the worst I’ve ever been in terms of using, emotional stability, physical appearance – everything went downhill for me really quickly this last time. I’ve been trying to get and stay sober since I was 16 years old. I’m 25 now. It’s just been a really, really long road for me.

This last time before coming to Herren Wellness was the worst I’ve ever been. I was so bad off. I’ve had two overdoses since I began using, but I had an overdose about two weeks before I got there.

That was the cycle for me. I wanted to get better. I wanted to get sober, but honestly, I had been fighting addiction for so long that I had gotten to the point to where I was exhausted. I was tired of fighting it. I was fully prepared to let addiction win.

I actually told my parents that one day. I said, “you just need to give up.”

But telling your parents that? Saying, essentially, ‘quit worrying about it’ – that was like telling them to flip a switch and just turn off. And obviously, they couldn’t do that.

So that’s where I was, at a really low point, and I just felt beaten. I was worn down. I was completely broken. I just didn’t know what to do. I knew there was a way out, but I had tried it so many times. I just didn’t think it would work for me. I thought that this is what my life was.  And I believed that, fully.

My drugs of choice were cocaine, heroin, and meth. I was an intravenous drug user. After I overdosed that wasn’t really what made me want to try to get help again. I continued using after the overdose.

But something after the overdose just wasn’t the same. I finally reached the point where I knew I needed to get help. I have a Higher Power, who I call God. I believe that divine intervention just made me want to try to get sober again.

She said she would make some calls and get a reference for a good place to go. My Mom’s boyfriend has a sports radio talk show, and Chris had been on his show a few years ago. So, they called Chris to see if he could recommend a good place. My Mom called him – this is divine intervention again, I believe – and Chris actually revealed he would be opening up his own place in March of 2018.

My Mom called to tell me this, and I didn’t believe her. Five minutes later I had a call from Chris Herren on my phone. Which was pretty amazing. I had seen his documentary about five years before that, and it was just an amazing moment.

After talking with him for a while, I told him I would come to Herren Wellness.

I flew up to Providence on March 4th and checked in to Herren Wellness on March 5th.

I was about 150 lbs. soaking wet. I had scars and marks all over my face. I was a complete mess.

I was in rough shape and worried I would need detox but was cleared at a local hospital. I was relieved because I was afraid if I went to yet another detox, the desire to seek treatment after would leave me.

Even though I was cleared, I was pretty sick that first week. The fact that Herren Wellness went above and beyond to keep me as comfortable as possible was huge to me. That’s when I knew I was somewhere really special.

This response was completely different from any other place I’d ever been.

I did all the work, everything they asked me to do.  I went to every group. I went to the gym. Even though I was sick, I did my best to be active in the community as much as possible.

They believed in me. They completely treated me with love and care. They took care of me and were by my side every day through the whole process. Each week I showed a little bit of improvement. My physical appearance started to come back. My personality started to come out. The real me came back slowly.

When I got there, I planned on being there a month, maybe two. No more than three. I ended up staying there for six and a half months.

That wasn’t all me. Every month it was difficult to stay, but at the same time, it wasn’t. I knew the people there actually loved me. I knew they wanted the best for me and were trying to help me any way they could. I knew that in my heart. That is why each month I decided to stay.

Being there I dealt with a lot of stuff I had never dealt with before. I spoke about a lot of things I had held in for a lot of years, things which had fueled my addiction because I trusted all the people there. I trusted Chris, Lori, Heather, and all the staff there. I trusted them with my life because that’s what you’re doing when you are in treatment.

I have nothing but complete love and trust for them, so I made the decision that while I was there I would give it my everything, 100%.  And I did that.

Just a few days ago I celebrated one year sober. One day at a time.

I don’t think I would be here if it wasn’t for Herren Wellness.

I graduated Herren Wellness last August, and I’m still there all the time. It’s like a giant family there. I moved up to this area all the way from Alabama. I don’t have family or anything here, but at the same time, I do. I have a whole new family of people I love and trust who I can depend on, and they can depend on me. It’s a really beautiful thing.

That’s the vibe there; it’s one big family. I have never, ever been accepted anywhere like I was at Herren Wellness.

I took everything they told me to heart, and I use what I learned there in my everyday life.”

How Herren Wellness Can Help 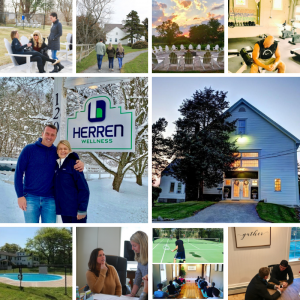 We understand that early recovery – from anything – is a difficult time full of a range of emotions. We work with guests to create a whole-health action management plan, allowing them to discover and explore many opportunities in recovery. We help foster healthy habits and routines, including nutrition, fitness, sleep hygiene, creative exercises, mindfulness practices, and group activities that allow guests to reconnect with the things they love or discover new interests.