Individuals struggling with Substance Use Disorder experience intense feelings of guilt and shame.  In recovery these feelings are worked through in treatment, therapy, and 12 step programs.  But what happens when someone in recovery relapses, when the shame comes roaring back to the surface?

The danger in shame is that it keeps people struggling silent, and the only way to overcome shame is to talk about it.  When relapse is coupled with feelings of shame, it can prevent those needing help from asking for it and continue on their journey of recovery.

This week we will share how shame was addressed in our community recently, and how celebrities have joined the conversation.

It is important to understand common triggers in relapse so that those in recovery can be aware and learn to cope in healthy ways.  These are the most common triggers that occur before a relapse:

At Herren Wellness we understand that relapse happens, and there is no shame in it.  Educating our guests on triggers to be aware of and creating individual wellness plans helps us work with guests as they transition back into their lives.

Each week at Herren Wellness our life coaches choose a theme which groups throughout the week build upon.  This past week the theme was shame, and to start the week off the group was shown Listening to Shame by Dr. Brene Brown.  The Ted talk had many points that were discussed in group, however the most important was the real antidote to shame is empathy.  Through sharing our shame and talking about it, we loosen the power it has over us.  This is crucial when talking about relapse.  Whether an individual relapses continuously at 30 days sober, or experiences a relapse after years of sobriety, the shame can be all consuming.  As Dr. Brene Brown states: 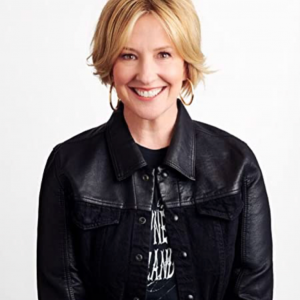 Placing shame on top of relapse keeps people who are struggling quiet and in their substance use.  Shame carries the inherent belief that there is something wrong with me.  Oftentimes in 12 step meetings this is referred to as “terminal uniqueness”, the belief that the individual is the only person to experience relapse.  In order to move away from shame and take the stigma out of relapse, it needs to be talked about… and some celebrities are up for the challenge.

In September of 2020 Dax Shephard shared on his podcast Armchair Expert that he had relapsed after 16 years in sobriety.  His podcast struck a chord, particularly in the recovery community, because of his vulnerability and honesty shared with his listeners.  Dax was reluctant to share his relapse openly, but when confronted by his co host Monica Padman, he knew it was the right thing for him to do:

“I can’t imagine having to admit that to other people and feeling as safe as I did that you guys wouldn’t hate me. I hated me at that point and so, to be able to tell you guys and feel unconditionally loved and that I would be accepted was really special, It saved my life.” (Source)

Singer and songwriter Macklemore (who is a fixture in the recovery community) was a guest on Dax’s podcast in April of 2021.  He was not planning to talk about his recent relapse during the Summer of 2020, however since Dax was so open, it inspired Macklemore to share.  From this honest conversation, opportunities have come his way:  In the most recent issue of People magazine, they interview Macklemore on his relapse and how it has changed him moving forward:

To further his commitment to bettering the lives of those who suffer the same disease he does, Macklemore recently joined sparkling Yerba Maté beverage CLEAN Cause as an investor and creative director in order to support the personal mission. The company donates 50 percent of net profits to fund sober-living scholarships for individuals in recovery.

“I would not be where I am without that treatment. And I just so happened to have a dad that could help me pay for a treatment facility, So many people in America cannot afford rehab.”

Having public figures like Dax Shephard and Macklemore share openly about their struggles of relapse helps dismantle the stigma and shame. People feel less alone, and that their recovery journey can continue. 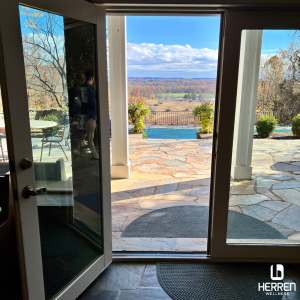 At Herren Wellness we recognize that relapse is sometimes a part of the recovery process, however what keeps individuals in the cycle of substance use is the shame caused by relapse.  COVID-19 has created many obstacles for people in recovery, and as a result relapse rates have increased.  Now more than ever we need to destigmatize relapse, and help those experiencing this to release the shame they feel and continue on their recovery journey.

“What we don’t need in the midst of struggle is shame for being human.” -Brene Brown

When you come here, you are immediately connected with a thriving community of people at all stages of their recovery journey. We introduce healthy habits and routines centered around emotional, physical, and spiritual wellness that provide a solid foundation for rediscovering your interests, experiencing joy in sobriety, and building structure and routine.